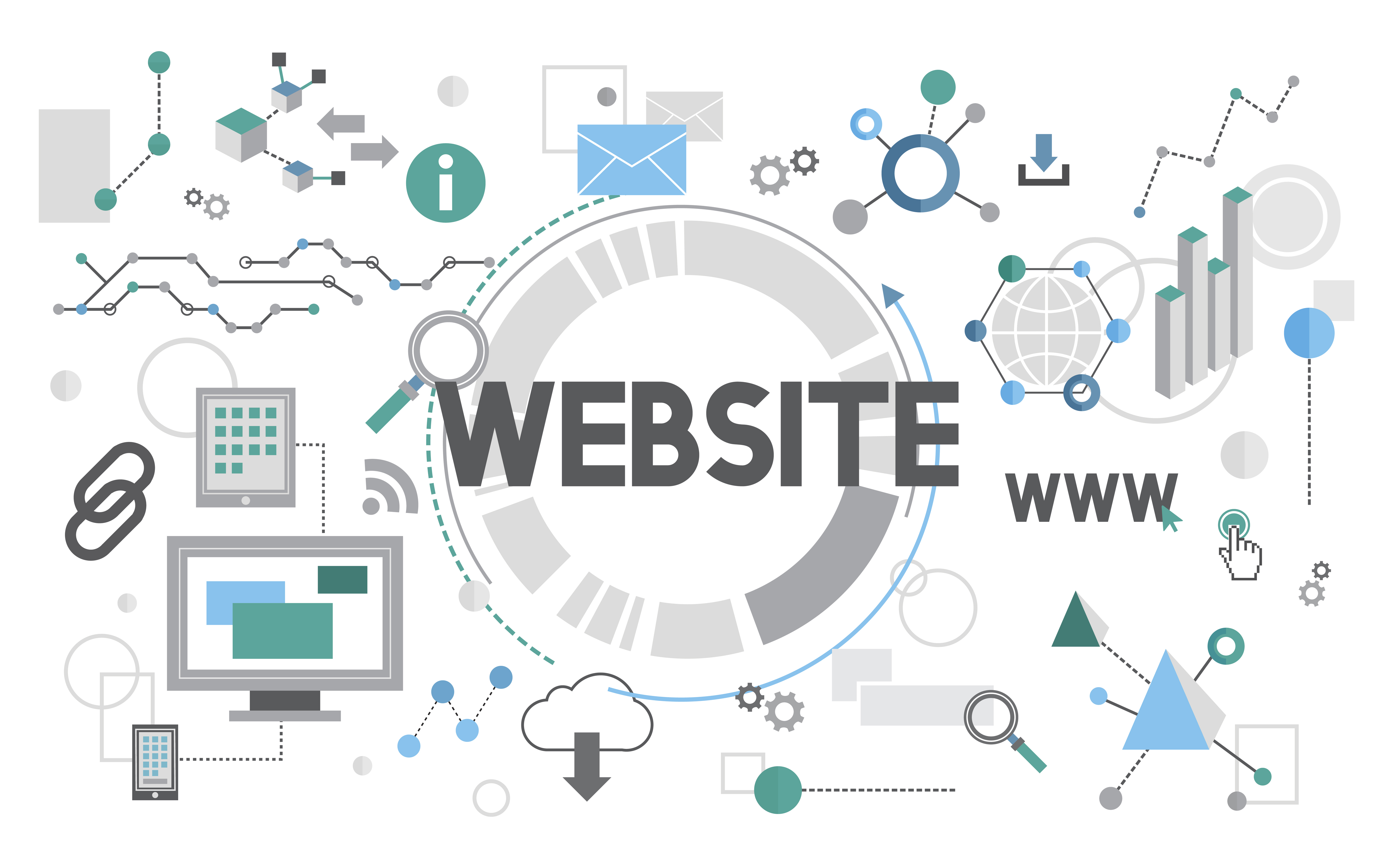 Designers are more in demand today than any other decade in the past. Consequently, the rise and progress in technology has had a significant effect on the change in the designers job role, payroll and where they fit into the industrial ecosphere.

However, that said, people usually misunderstand technology and design to be two different entities when in fact, they overlap. Design in this aspect, further divides into three main categories i.e graphic design, UI design and Website design.

How are they different? Let’s have a look.

The term graphic designer is not uncommon. Everybody from a 10th grader to a corporate knows what it means. Additionally, the internet is not short of graphic design companies either. But how is this service different from the rest? The answer lies in their day-today work schedule and tasks.

As a routine, a graphic designer is more inclined towards working on print deliverable such as:

Besides this, they also tend to work on digitized media that would encompass deliverable with the likes of:

Though it seems that graphic and web designers do not have a demarcated list of tasks to work on, industry experts differentiate the two work profiles like this – A web designer may be a graphic designer but, the latter may not always be a web designer. A graphic designer in this sense has profound knowledge of design basics such as color theory, pallets and so on to add to their list of qualifications.

User interface designer or more commonly known as UI designer are those that are much more integrated into technological software than graphic designers are.  For instance, they are responsible for:

UI designers have a strong awareness and skill on using wire frames since they have to design websites and layouts that are self-sustaining. Their ability to understand the working mechanism of a particular design on a specific website relies on their proficiency in technical codes such as:

In addition to this they too, spend a significant amount of time working on design applications such as:

Web designers fall under the subset of the visual designing category. The difference is that the former is entirely focused on a website’s outlook extensively.

Visual designers have expansive knowledge about myriad design tactics, software and are privy to innumerable design projects that vary in their requirements. Web designers on the other hand, do not have to be so well versed and are comparatively limited in their scope of work.

The nature of their work requires them to work in tandem with website developers as well. Any inadequacies in this relationship will clearly reflect in the projects they that might have worked on together.

Choosing the right one for you

If there is anything more important than being aware of various designer profiles, it is figuring out which out of the aforementioned ones is best suited to your business. To streamline this further you will have to answer certain questions:

Irrespective of these being examples, they do give a brief insight into the line of thought that goes into hiring a designer.

Now that you have a fair idea on each one of the three designers, it is suffice to say that there will be no room for confusion in this subject matter. However, if you do have further queries, do reach out to us for exclusive design assistance and consultations. Hire a virtual assistant for your IT and Web design Services

Internet connectivity is one area that has become essential in all aspects of the entire world. It really is general knowledge how the internet is often a place where everybody is in a position to conduct a lot of businesses. This will be the avenue how the business uses to succeed in really their potential customers. An online web development company will help the business to design a niche site that can suit them and reach their marketplace.

Every  business needs an online site that will assist the crooks to conduct their business well in the global markets. Each of the benefits that is to be reaped will probably be determined when the site will likely be created by professionals. Here are a few items that the company will probably be taking a look at.

A specialist looking website means that the creators took their time for it to plan to check out everything. There is absolutely no use for the business to possess a site the place that the people that will sign in towards the site could have problems in navigating. Anyone must be capable of get all the details without needing to struggle. One other thing will be the impression that the site can create. It must give a positive feel.

Stay in Touch With Us, 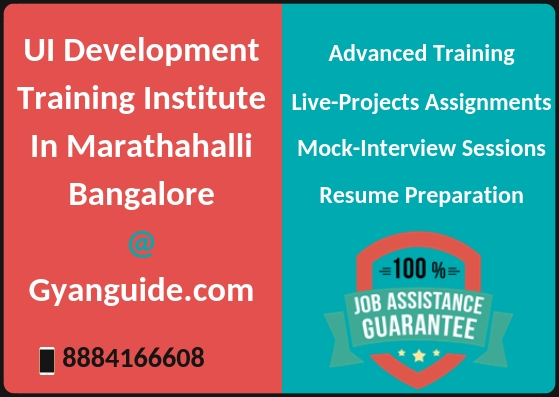 Know more about courses duration and upcoming batch details by calling us at 8884166608 or vist http://www.gyanguide.com/

Techno Genesis is a Mobile application development company that offers end-to-end app development services for all leading platforms. As you must be aware, mobile apps have completely changed the business scenario today with billions of new apps being developed every day.

Our Mobile App Development Services are,

Stay in Touch With Us,

https://applaunch.io/en , Phone No. +49 15216715639"}" data-sheets-userformat="{"2":513,"3":[null,0],"12":0}">Android is a rapidly creating working plan of mobile phone devices was incorporated noticeable with each revives. It's multilateral, simple to utilize applications and flexibility have been critical all the all the more captivating. One Shot Recording is one of the rising android application headway Munich. Contact Details:- Name - Deepak Malhan , Email - contact@applaunch.io , Site- https://applaunch.io/en , Phone No. +49 15216715639

If you are thinking to start a career and learn UI Development then you are on the right track as this is one of the booming sectors with fun-filled learnings. UI development has been emerging, and you can sense its presence everywhere, starting from the apps to those eye-catching websites. If you take UI development training in Bangalore then you can shape your career in the most demanding platforms of recent time.

User interface (UI) developers mix programming, psychology, and creativity in crafting instinctive controls for those software and hardware as well. They require to make an interface as per the requirement of users, with a seamless and efficient way. In a survey, it has shown that there will a launch of new computer systems and applications by several businesses for attaining economic benefit in the progressively digital world. So you can assume the demand for efficient and skilled user interface user will prosper in the domains like software development, web development as well as mobile application development.

The UI is simply defined as the process of representation of an app or websites to the users. And the representation includes size, colors, and fonts. On the other hand, we can say it is all about the looks and feeling. It is like making some monuments, with the use of programming languages. The User Interface consists of languages like HTML, JavaScript, and CSS. By using these top languages you can be able to develop an app or program for the daily use of the various users. The sole work will be developing an efficient webpage or else an application.

There is a lot of UI development Training in Bangalore if you search. But the institute like Koratrainings is undoubtedly a unique one with their different courses and modules. You can check that from http://www.koratrainings.com/course/ui-development-training-in-bangalore  Their mode of teaching and the efficient syllabus will teach you UI development along with AJAX a server end technology, and jQuery. You can be able to grasp the knowledge of Angular JS for enhancing your Back End web development as well. In a true sense, it is always advisable to refine your knowledge every other day, for matching the competition, and with Kora, you will get all such facilities and benefits. With Koratrainings, you can have a nice experience with a gain of depth knowledge. The support and guidance are quite good for your learning process. Another advantage is it is tied up with many companies for the placement of its learners in a reputed company after the completion of the course. You will get in-depth practical knowledge of live projects at the commencement of your course. So why wait! Register yourself with Koratrainings, the best UI development Training in Bangalore to shape your career in a reputed and emerging platform.

“Design creates stories, and stories create memorable experiences.” says a quote by Christian Saylor, who is a Senior UX Design Specialist at Universal Mind –a popular digital marketing company. Today, we live in the world of virtual realities, artificial intelligence, and personalized interactions. In such a scenario, how important it is to offer an extraordinary website design interface?

Well, the attention span of web users is 7 seconds. Which is lesser than that of a goldfish. During such times, if you do not offer a remarkable user experience; cart abandonments will follow. And depressing sales figures thereafter.

So, how do you know what makes a good website design interface? To help you, we have come up with a useful guide on making your website conversational.

Users interact more with their devices than humans. You need to create a personalized conversation that is suitable to your business. A firm that offers you with professional web design services would understand this. Also, remember that people are smart enough to understand that they are software generated messages.

The attention span of users is short. To keep the interest of your users intact, you should make use of short sentences and call to actions. Make sure that you create a right combination of the content on your website and call to action buttons. It will lead to more clicks and help you generate better revenues.

It is also very important to understand the notion of timing. Duration changes the perception of users and the way in which they feel about the website environment. If you want your users to be engaged with your website, you must offer them with prompt, well-timed and witty responses.

It is very important to provide your customers with ample amount of choices. These choices can include anything right from buttons and quick reply options to shortcuts and subscriptions.

To offer an unconventional website design interface experience; you can provide options like stickers, photos, attachments, videos etc. There is nothing like conversational interfaces. But you need to make sure that it does not compromise with the responsiveness of your website. And for that, you should get in touch with a company approach a company that provides Responsive Web Design Services.

Give twist with Animations

If your visitor is looking for something and you are not able to generate it for them; you can present an animation of Sherlock Holmes saying “Even detective Sherlock couldn’t find what you’re looking for.” These animations are sure to amuse your customers and bring a smile on their face.