The Drupal developer community has a new partner.  It was destined that Pavonis Mauremhet LLC and its brooklynne.mobi services would choose Acquia as its resale partner and Drupal as its platform to serve itself and its mid sized enterprise clients present in urban areas especially Brooklyn NYC.  In addition Pavonis will be offering enterprise support services via Acquia to seamlessly provide scalable apps to support the digital and mobile commerce and management needs of its clients beginning in Spring 2014.

Troubles at White Earth dated back to the establishment of the reservation in 1867, but in the first decade of the 20th century, matters came to a head. The reservation’s rich timberland had caught the eye of businessmen looking to cut a good deal on those resources, and they were eager to cheat the Indians of their rightful property. 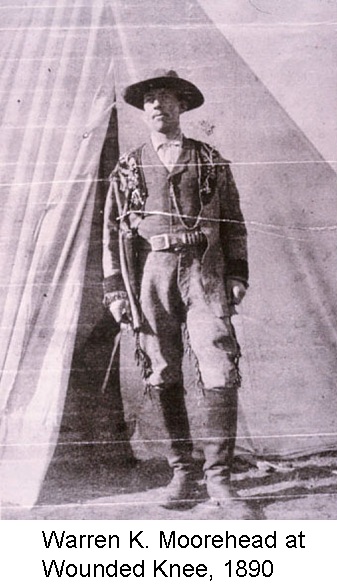 After several confrontations between the Anishinaabeg and timber companies in the spring of 1909, President Roosevelt dispatched Moorehead to White Earth to report on the state of the reservation’s affairs.v Moorehead was horrified at what he found. He repo

rted collecting “one hundred and three affidavits representing more than a million dollars worth of property, and involving county officials, lumbermen and presidents of national banks.”viAlso finding diseases such as tuberculosis and trachoma prevalent throughout the reservation, he arranged for a doctor to come to White Earth and treat the sick.vii

Moorehead took his findings east to Washington, D.C., whereupon Indian Commissioner Robert G. Valentine authorized him to return to White Earth in July 1909 with Inspector Edward B. Linnen to write a formal report of the reservation’s woes.viii However, while the Indians greatly appreciated his efforts, local businesses were not as welcoming. Moorehead wrote that groups with vested interests in the outcome of his investigation “attempted in every possible way to end the investigation. They first tried bribery, and later intimidation” ix. J. Weston Allen, a lawyer who accompanied Moorehead during his second White Earth investigation, later recalled that, “Among the whites there was great opposition to the investigation. We were informed that if we returned to the town of Mahnomen we would be tarred and feathered.”x

Undeterred, Moorehead and Linnen continued to collect affidavits, and the stories of land theft they recorded grew increasingly horrific. Moorehead wrote of schoolchildren who had been swindled out of their land holdings, signing their names on the sales forms under the impression that they were merely demonstrating the proper spelling of their names.xiHe recalled cases of Indians whom businessmen had plied with alcohol before purchasing their lands for a fraction of their value, and of others who could not count American money and were given large stacks of one-dollar bills in payment, which actually amounted to much less than the sums they were owed.xii

Armed with these shocking stories, Moorehead testified before Congress in March 1910. He showed that more than 200,000 acres of farm and timberland had been wrongfully taken from the Anishinaabeg, resulting in losses of more than $40 million.xiii As a result of his testimony, more than 1,000 lawsuits were filed. By 1915 alone, more than $200,000 had been repaid to the Indians of White Earth, with additional suits still pending. Moorehead also challenged the conventional distribution of funds to Native Americans, saying that what was needed was “not this everlasting allotting and educating of Indians…but the protection of property and the safeguarding of health.”xiv The diseases that had so horrified him during his first visit to White Earth now became the focus of his work, and, thanks to his continued efforts, Native American health became a prevalent concern of policymakers during the Progressive Era.

Moorehead’s contributions to the Peabody Museum and to the study of archaeology endure to this day. His excavations in Georgia, Maine, and the Arkansas River Valley yielded large collections that are still prized by the museum. In addition, he authored many books still widely used by the archaeological community, including The American Indian in the United States, which details his time spent at White Earth and among other tribes, and brings to light the plight of Native Americans in the late 19th and early 20th centuries.

However, the true testament to the value of Moorehead’s efforts came from the Anishinaabeg themselves almost a hundred years ago. Upon the completion of his investigation at White Earth, tribal leaders presented him with the Ojibway war flag, a priceless Anishinaabeg treasure that is still on display in the Peabody Museum.xv Along with this honor, Moorehead was adopted into the tribe and given the name of “Ne-gah-ne-bin-ace”.xvi The name was that of a former chief, the same man who had made the treasured flag. It meant “Leading Bird,” and described Moorehead, a man who embodied the values of non sibi, perfectly.

One of our most popular bags gets a chic redesign. This Alexa Duffle Studded Calfskin Leather Bag

is now available in a duffle version, with longer tote handles. It comes in the same generous size as the original, so you can store all your daily essentials inside. This edgy bag elevates the style of any outfit, which is why we can barely keep it in stock!

Shop from a huge selection of celebrity style handbags at BagInc.com!

Made of luxurious cowhide leather

DriveHQ was one of the first few companies offering Cloud Storage & Cloud IT Solution. It has over million customers, tens of thousands of business customers.

For personal use, DriveHQ service works like a remote drive plus great software. You can easily drag & drop files/folders to the remote drive and access them from anywhere; you can synchronize a local folder with a remote folder, share folders to DriveHQ members or non-members and set different permissions, automatically backup your files online, etc.

For business use, DriveHQ service can replace your local File Server, FTP Server, Email Server, Backup System, Sharing and Collaboration System. It can meet your basic IT needs. Not only it saves you a lot of cost and IT efforts, but also it offers better services and features.

DriveHQ basic service is free! I strongly recommend you signing up a free account using this URL:https://www.drivehq.com/secure/SignUp.aspx?refID=39356877

Become a Client Service Professional Company or Employee With Arise and begin servicing many major brands customer call center needs..... from the comfort of your virtual office!...download this pdf for more information.

I don't get excited over most products - let alone an energy bar.

However, I've recently “felt my age” (44 years young). After serious research & soul-searching, I came to the conclusion that, 1) it doesn't have to be this way, 2) how I age is up to me and, 3) a (carefully combined) gluten-free vegan diet is the smartest answer to my issue.

Granted, going vegan is challenging, even for seasoned (heheheh) vegans; it's been a source of frustration for me, at times. Honestly, though, the way I feel nowadays makes going vegan a blessing! So, I'm taking this path step by step & feeling the rewards, daily!

My lifestyle, more sedentary than I'd like to admit, is getting busier. I often forget to eat – usually lunch. NOT due to early-onset dementia. My mind's engaged in other activities, eating not one of them. Still, I get worn out, simply because I've overlooked nourishment.

This came to the attention of my cousin visiting from The Bronx recently. He insisted we split the NudeFood Bar he had in his backpack “for such an occasion as this!”

I was pretty famished & would've rather stopped at a local raw food cafe for a (pricey!) salad & green smoothie, but he can be so demanding. It would, he insisted, be plenty for us both.
He won:
It was amazing!

Pineapple Pomegranate Walnut, with gobs of other organic goodies; Gluten, Soy, Corn & Dairy-Free plus surprising little pops of Himalayan salt! The label said “Nutrient-Dense” - they really mean it!
Disappointed when I tried to find them here in Tampa Bay, but I shop NudeFood.com on-line. I never run out & never get bored, either with 6 really good flavors. They have “Breakfast Boosts”, too, which I plan to order next time. Shipping's free & turn-around, excellent.

Like I said, I don't get jazzed about energy bars, but this is way more than an energy bar. It's a nourishing, satisfying meal that keeps me feeling cared for until almost suppertime - and my head (yeah!) actually feels like it's old self again! 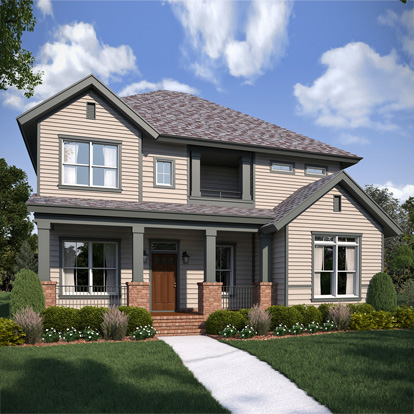 ed2go is the industry leader in online learning for adults, providing the highest-quality online continuing education courses that are affordable and easy to use. With hundreds of great online courses, from Creating Web Pages to Accounting Fundamentals, Speed Spanish to Grant Writing, and everything in between, it is easy to see why millions of lifelong learners take ed2go Online Courses. These courses are offered through a network of over 1,800 top colleges and universities and are available to anyone.

As an ed2go student you will enjoy the many features of these Online Courses, including: 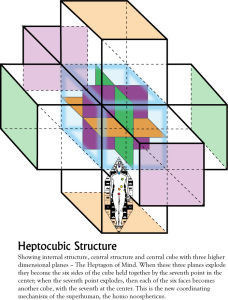 All of the synchronic codes of the Law of Time are part of a galactic program that is transmitted through the Sun from other dimensions. The Sun is key to all life. The sunspot cycles are carriers of information from different star systems and from different dimensions that reach the biosphere and noosphere of Earth and the rest of the planet as well.

But our planet has special focus. As we know the current solar cycle peaks in 2013. The ejection of more plasmas affects the DNA of all living matter and creates a quickening within our biological organism. So the ejection of these plasmas create "solar initiations."

These initiations are about the manifestation of the ways and levels of what we call that are stepped down to affect the living matter of places like Earth.

We are of the sun. Everything we are and think is from the sun. But the sun itself is only receiving from the Hunab Ku, the One Supreme Source. All that we consider to be our perceptions of reality are constructs of different thinking layers which permeate the galaxy in holographic bundles, and to which we are receptive according to our stage of spiritual advancement. No one is independent of the Single Soul emanated by the Hunab Ku. —Valum Votan, Mystery of the Stone

Read more…
First Previous of 7 Next