We learn history through books and the education system makes these books informative and factual. However many times these books can feel boring due to their immensely textual nature, or overwhelming due to their depth of detail. For modern times, many have relied on audio-visuals to teach history and the entertainment world has been partly responsible to educate us better about key events and eras of the past. In the Netflix realm, there is no shortage of TV series that travel back in time and give us an accurate depiction of situations, struggles and conditions that people faced during a particular time. Add to it a compelling story line, a good cast and Netflix’s wide reach and you have an epic recipe for a period drama. Here are a few period drama series that Netflix has to offer. 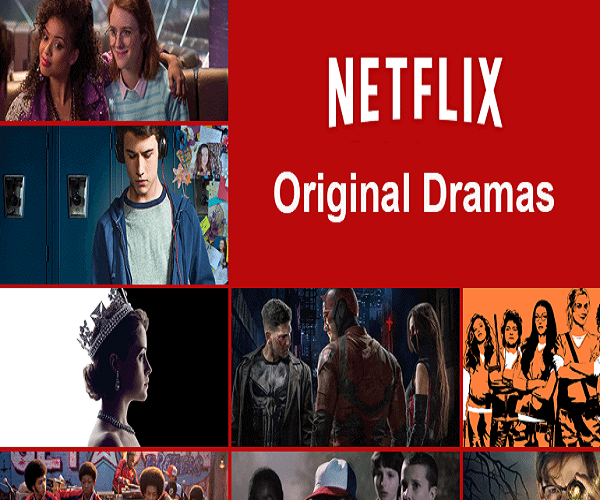 One of the highest rated period pieces of Netflix, this sci-fi history piece is one of the most unique works ever made. Claire Randal, who becomes a nurse during World War II, is transported back in time to the year 1743 where she meets Jamie. She is forced to marry him and eventually falls deep in love with him. Outlander travels through time like a hot knife through butter, tricking us into believing that time travel is real. The drama is based in Diana Gabaldon’s works of the same name and is currently in its fifth season.

Many consider European history as one of their go-to time periods for a drama series but many tend to side-line various historic events of Asian countries and kingdoms. Kingdom is set in South Korea shows the Crown Prince Lee Chang is challenged by a deadly plague that kills the citizens while others try to aim for the kingdom’s throne. The series is a beautiful depiction of South Korean history that many are unfamiliar of. The series is perfect for someone who enjoys political drama as well as someone looking to educate themselves through a history lesson on South Korea.

The Crown is regarded as one of the only insights into the Royal family of Britain available to the general public. Multiple sources have claimed that the series runs accurate of facts and events that happened in the life of Queen Elizabeth and her reign. From her personal love life to political ups and downs, the series is quick to make the viewer interested in the well-guarded secrets of the family that only a few knew about. Netflix recently put the blinds on the series with the fifth season becoming its final instalment.

Margaret Atwood wrote the book Alias Grace and the series is a direct translation of the book that is based around Grace Marks, a domestic servant who has emigrated from Ireland and has been accused of murder of their boss and the housekeeper. The series is a psychological game from Grace’s eyes and while the book successfully captured this essence, the TV series also makes for a good watch.

One of the more modern series from the list, Peaky Blinders is the story of a gangster family that has Gypsy origins set in 1919. Just after the Second World War, the Peaky Blinders gang is met with Major Chester Campbell who has directions from Winston Churchill to eliminate all the Communists, gangs and criminals in Birmingham, England.  The gang’s chief Tommy Shelby has just returned from the war and is now to face Campbell who becomes a troublemaker in the gang’s daily operations. If you are into this genre, you can’t go wrong with Peaky Blinders as it has received praise from critics and fans alike.

This 2017 drama series showcases the story of King Henry VIII who is tempted by Anne Boleyn to end his marriage with Catherine of Aragon. Set in 16th century England, the series is a steamy journey that involves many scenes that may not be suitable for family viewing. Starring major actors like Henry Cavil, San Neill and Calum Blue, the series makes for a perfect private viewing experience.

French history is regarded as one of the most pioneering records of the past that catapulted the past into the modern times we are familiar with, and most of it is credited to the French Revolution. Versailles is Netflix’s effort to revive the times of King Louis XIC of France where his infamous scandal of burning state money on luxurious parties and costumes resulted in the collapse of the French economy.

Triggered by this the citizens of France set off a revolution against the autocratic family that ruined the country by causing poverty and hunger. The series takes us inside one of the chapters of the times just before the revolution where King Louis XIV sets afoot to Versailles in order to control anger among the citizens. He enters his father’s old hunting house where his time at the lodge reveals dark secrets and a tangled web of politics that aims to dethrone the king. The series reaches out to the viewer like none other and is a beautiful display of French courtyards and the ignorance of the rich.

This series takes you back to the Renaissance era where Rodrigo of the Borgia family seeks to maintain his power over their kingdom by reaching out to the Roman Catholic Church and acquiring utmost position through bribery and other malicious methods. Released in 2011, this piece is a masterpiece considering the accurate representation of the clergy at the church while also giving the viewer insights into how the church carried out their tasks and processes. The Borgias shows the struggle of maintaining power while undergoing horrific ways to reach the pinnacle. The series makes for an interesting watch and the era in which the series is based adds to the epic drama that ties the storyline and the characters together.

This action-packed drama is set in 9th century England when the land was divided in several kingdoms. The series draws inspiration from the novel by Bernard Cornwell of the same name. Uhtred is our main protagonist who is stuck in a war that involves two kingdoms, one where he was born and the other where he was raised. Exploring themes of dilemma, friendship, drama and fights that keep the viewer stuck to their screens, The Last Kingdom is one of the best period action series Netflix has to offer.

Released in 2014, this Netflix original series features the story of the Venetian trader, Marco Polo, and his early times in the court of Kublai Khan of the Mongol Empire. His father abandons him and Polo enters the waters of fame and power when he tries to befriend Kublai Khan. The series met with mixed reviews from critics and viewers. Many deemed it as bland and disappointing while others appreciated the character progression and cinematography. Marco Polo’s story is one that isn’t talked by many and Netflix’s attempt to give it life is worth watching. The series only has two seasons making it a perfect watch for those who don’t want to invest a lot of time.

Alex Clara is a creative person who has been writing blogs and articles about cyber security. She writes about the latest updates regarding mcafee.com/activate and how it can improve the work experience of users. Her articles have been published in many popular e-magazines, blogs and websites.