The 2018 French Open at Roland Garros has started as a study in contrasts. On the men's side, the odds have never been stronger in Rafael Nadal's favor as he looks to take his 11th French Open title.But on the women's side, with Serena Williams playing her first Grand Slam event since giving birth to her first child in September 2017, the field has rarely been more wide open as you will see it this year in Paris.

Nadal arrives at Roland Garros in the midst of another dominant clay-court season. He came into the tourney 19-1 on his native surface, with the loss coming against Dominic Thiem in the Madrid quarterfinals.Nadal is trying to become just the second player, male or female, to win 11 singles titles at any Grand Slam event. He would join Margaret Court, who won the Australian Open 11 times.

Thiem is the seventh seed in Alexander Zverev's portion of the draw, so he would not face Nadal until the final. Former champion Novak Djokovic comes into the tourney as the 20th seed in Zverev's half of the draw.For the women, if Williams (currently ranked No. 453 in the world) can find her form, she could meet Maria Sharapova in the fourth round. That is by no means a given, as Sharapova had to squeak out a win in the first round. Simona Halep is the top seed, with reigning French Open champ and No. 5 seed Jelena Ostapenko seen as her most challenging competitor.

And yes, that's a slap in the face to No. 2 seed Caroline Wozniacki, who will have to prove she can win the biggest matches once more before winning any bettor confidence. Elina Svitolina comes into the tourney as the hottest player and is garnering the most bettor attention.
Novak Djokovic was on top of the tennis world a couple of years ago, but elbow issues knocked him out of the picture in 2017.

This reply was deleted.
E-mail me when people leave their comments –
Follow 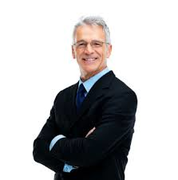 I have seen the match of Sarina

I have seen the match of Sarina and Wenis Williams in which Maria slipped and the need of Osteo Sydney CBD raised so the professional from the field, who is the assistant of star, came out to help her out to make her able to continue the game.